How to build a Helm plugin in minutes 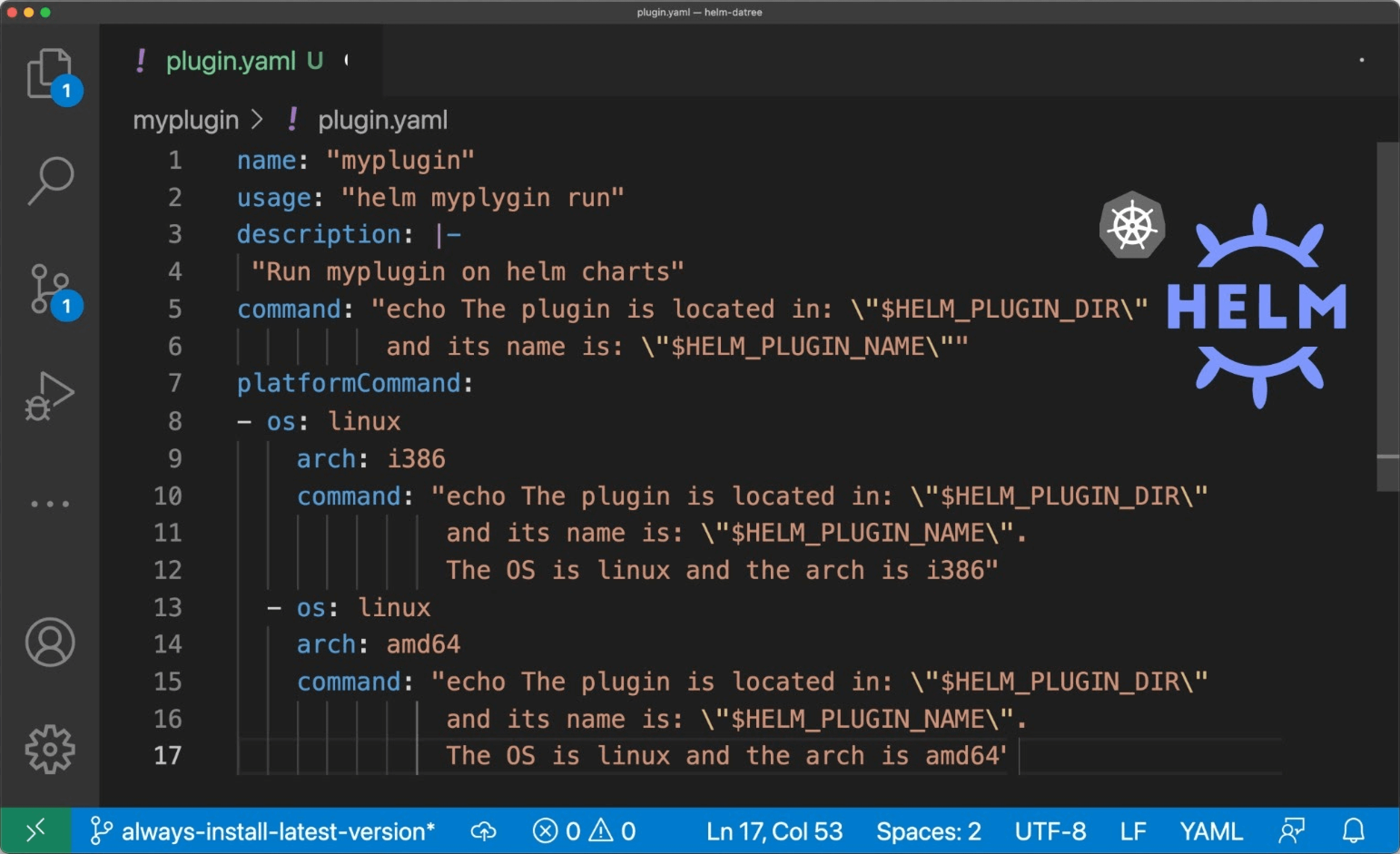 Helm is a great addition to the Kubernetes ecosystem; it simplifies complex Kubernetes manifests by separating them into charts and values.

Sharing charts has never been easier especially since all the customizable parameters are located separately (values.yaml). The downside of this is that there’s no single place to see the resulting manifest, as it’s usually compiled and installed in a single step - `$ helm install`

Helm alleviates this with a plugin system that allows you to seamlessly integrate with the Helm flow and easily run custom code that’s not part of the Helm core code which, as we’ll see in the next section, can be written in any language (even Bash).

A simple example of how to create a Helm plugin

Let's build a simple plugin that prints out some useful information and environment variables that Helm provides.

A helm plugin consists of a single required file - “plugin.yaml”‍

That’s the entrypoint for Helm. By using this, Helm knows the settings for your plugin, the command it executes when the plugin is run and hooks for customizing the plugin lifecycle (more on that later).

This is the only required file for a complete plugin. You can set it up in 3 steps:

2) Run the installation command from the directory of the file:

A complete example of a Helm plugin

The simple plugin example covers the most basic use cases, goals that can be achieved even with an alias. More complex cases require more points of integration with Helm and greater customizability of the plugin’s lifecycle. The following parts will give you all the necessary tools to execute any logic in the Helm flow.

Helm provides under-documented (the closest thing I found to documentation was here) capability for hooking into the plugin’s install, update or uninstall commands.

Each hook corresponds to a command and will execute the provided script when invoked.

Some plugins may require a more complex installation flow - downloading a binary based on OS architecture, building or compiling code or simply installing system dependencies.

The install script is the place to do it. A useful example can be found here.

There are two ways to specify what will be executed and when:

‍It's important to note that Helm has a hierarchy for choosing the correct command:

Helm plugins aren’t executed in a shell, so complex commands must be part of a script that will be executed every time the plugin is invoked.

A script can be used to run complex logic, handle parameter parsing, etc.

A comprehensive example of a run script can be found here. A very useful thing that we can do is to render the chart and then execute logic on the resulting Kubernetes yaml file:

A very important flag in “plugin.yaml” is:

This flag specifies whether or not the command line params are passed to the plugin or not. If the plugin accepts parameters, this should be set to false.

This article aims to expose some of the lesser known abilities of the Helm plugin system and to provide tools and scaffolding that remove the limitations of the plugin system and allow execution of as complex a business logic as is necessary to extend Helm’s behavior.