Git error - Fatal: Refusing to merge unrelated histories and how to fix it 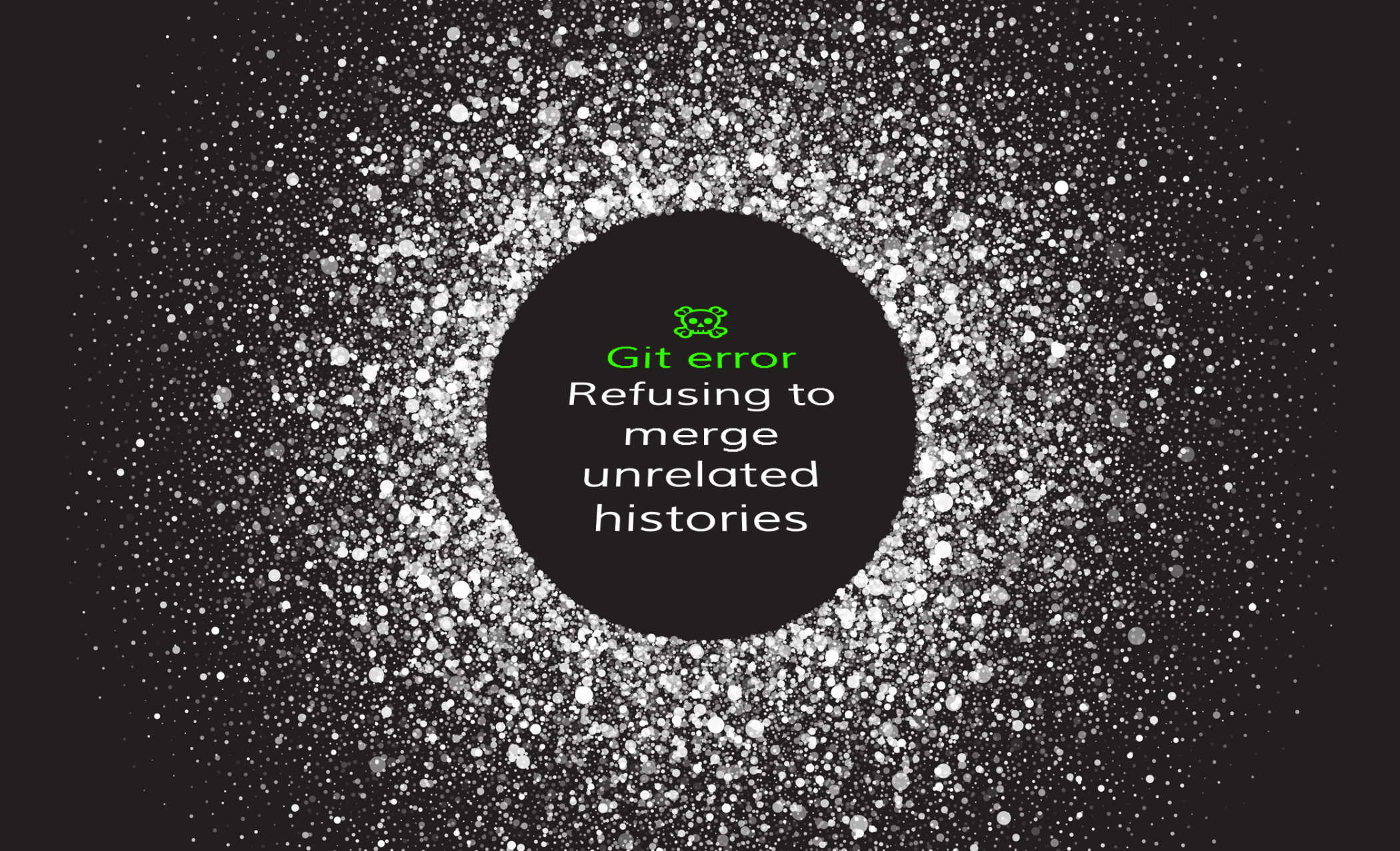 It is worth pointing out a little bit about how Git works and specifically and how it tracks each repository’s individual history. When a $git init command is executed to create a new Git repository, Git will create a directory with the extension .git.

The .git directory is where, among other things, the changes or “commits” will be tracked - the history of the repo. Rewriting a repository history is possible, but it is a not a common use case, because Git’s whole reason for existing, some might argue, is to control the different versions of a file - put another way - track the file’s history. This is what is commonly referred to as “version control” and git is what enables it. When a user action (like git merge) can cause rewriting of the history data, Git throws errors in part to ensure the user fully understands what they are doing.

In short, the solution is to use the flag --allow-unrelated-histories.  If the error occurred while using $git pull then this is an example:

Then the solution is this:

Which Git commands are causing this error?

In the example, the error occurs during a git pull.

It is worth remembering that a git pull is a combination of two other commands: git fetch and git merge.  So, when asking Git to pull the repo, more specifically, the user is asking Git to do several tasks:

If the remote repository’s .git directory already has changes tracked (commits have been added) by another user through an unnoticed branch, Git will throw the error fatal: refusing to merge unrelated histories because it is noticing that difference between the local and remote .git directories with a git pull command.

Which scenario can cause this error?

When configuring a local repository to a different remote repository. This (wrong) configuration can mistakenly happen when creating a repository in remote and locally with the same name.

So, when trying to push commits to the remote (on GitHub), the user will encounter the refusing to merge unrelated histories error. Although the repositories have the same name, Git “sees” them as two different repositories because they have two different change trees, with no common ancestor to calculate the differences between them. It is recommended to use $ git clone to copy the new repository locally after creating it on GitHub to avoid any inconsistency.

Why use a flag?

Using the flag --allow-unrelated-histories does seem like an easy enough solution, but it is worth reminding to use caution. You have to dig around on the internet to figure this out, It is a flag and not a default option - for a reason. If two repos did not have related histories and you did not actually intend to combine them, using this option unnecessarily could inadvertently add substantial complications to an existing repo. Allowing unrelated histories can cause more headaches than it is worth.

If you are uninitiated to working in large repos and the complexities of merging, or the many options that exist, feel the Twitter woes of “merge hell”.

When you should merge two unrelated histories?